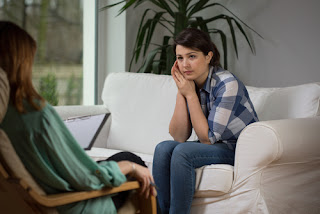 Albert Ellis, the founder of Rational Emotive Behavior Therapy (REBT) is among the most influential psychologists, and has profoundly impacted the treatment of mental illness and substance use disorders. His psychological theory is an important contributor to Cognitive Behavioral Therapy (CBT). Ellis asserted that one’s beliefs strongly impact emotional functioning, which in turn directs behaviors. Specifically, he believed that irrational beliefs lead to negative emotions, which then lead to self-defeating behaviors. He focused on several common irrational beliefs or cognitive distortions that lead to emotional dysfunction and maladaptive behaviors and emphasized the importance of disputing these irrational beliefs through a variety of practical applications.

The tools laid out by REBT, to dispute irrational beliefs and thereby increase positive mood and decrease unwanted behaviors, have been especially impactful when treating addiction and co-occurring disorders. This treatment approach is highly intuitive and accessible to most individuals. It is especially useful because it provides simple understandable rationale for emotion and behavior along with solution focused coping mechanisms that one can apply to disrupt unhealthy modalities of thinking, feeling, and behaving, which is the root of most psychological, behavioral, and emotional problems.

This model is well researched, evidence-based, widely accessible, and can be applied to a vast range of psychological problems, which makes it especially useful. It can be easily and intuitively understood, thereby allowing what may have once seemed to be an insurmountable and complex issue to become something more manageable and treatable.