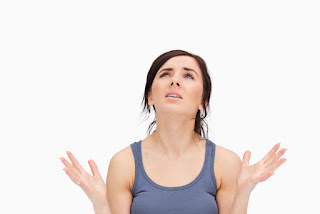 What is Codependency?
If you (or someone you know) has been involved with substance abuse, there is a good chance that you have heard of the term “codependency.” Like many other Twelve Step terms and treatment buzzwords, codependency is a term that is often thrown around, yet when asked to define it you’ll get hundreds of different answers. So what is codependency? There is no one universal definition, but the Merriam-Webster Medical Dictionary defines codependency as: “A psychological condition or relationship in which a person is controlled or manipulated by another who is affected with a pathological condition (as addiction to alcohol or heroin)” And “Broadly: dependence on the needs of or control by another”

What Does Codependency Look Like?
These two definitions give us a basic outline about what codependency is (or at least how it is defined in the medical field), but what does codependency look like in real life? Well, there are several patterns that are often present in codependent relationships or systems. The key aspect of a codependent relationship is that there are helper(s) and then there is the individual suffering from some sort of pathological disorder.  The helpers in the relationship often maintain a caretaker role in family that goes above and beyond the normal loving, caring and nurturing.

It is important to understand that loving and caring for a family member who is sick is not codependency. Codependency occurs when this caring and love becomes maladaptive and becomes detrimental to members of the family. Once the relationship of codependency is established, several other things occur.

First, the caretaker in the relationship often assumes a martyr and victim role. They will often make sure that the other individuals needs are taken care of ahead of their own, while at the same time making it known that their needs aren’t being met.

A second major misconception about codependency is that it only occurs in individuals that are affected by substance abuse. This is false as you often see individuals being “caretakers” in other relationships, especially when a family member or friend is suffering from depression, psychotic disorders, or personality disorders. Finally, codependency is not one sided. The individuals who are often being taken care of in the codependent relationship are either caretakers of others, or have been in the past. This dynamic often allows them to both exploit the others caring (while sick) and foster understanding (when treatment is sought).

If you believe the problem is more severe, therapy with a psychologist or counselor that is trained in family therapy can often be extremely helpful in understanding complex relationships, detangling the codependency, and teaching how create more functional relationships. Due to a greater understanding of codependency over the past decade, many treatment centers are now trained in treating this problem.

« The Value of Consequences
Synthetic Drugs »
Back to Blog